Situated along British Columbia’s coastline, Vancouver is a ‘Pacific Pearl’. Lying between the Coast Mountain range and the Pacific Ocean, Vancouver is one of the most scenic cities in the world. A quintessential west coast city, Vancouver appeals to millions of denizens and visitors who bask in all it offers, from its soothing beaches to its bustling streets. Its cosmopolitan character is reflected in areas like the very urban Robson Street, Canada’s version of Rodeo Drive, contrasted by trendy Granville Island with its mix of cobblestone streets, artisan studios, and eclectic market.

We got to spend nearly two glorious weeks in British Columbia and it was AWESOME. It was the perfect kind of vacation: disconnected, lots of time to relax, but also full of amazing experiences. B.C. is a beautiful province with a crazy amount of things to see and do. We made it to quite a few locations during my visit, but I think I’m going to start at the end.

We didn’t have a lot of time in Vancouver. In the short time we were there I think we had a pretty ideal time in the city. It’s the type of place where there’s a lot right at your fingertips. If you only have a short stay, but you’re willing to hustle, you can get a lot out of it.

And so, I present to you our whirlwind itinerary. Set up your base in the city center somewhere close to Gastown (which is where we stayed, in the Delta Vancouver Suites) or Coal Harbour and get going!

Have a late lunch at Bridge House Restaurant before hitting up Capilano Suspension Bridge Park. Don’t let the crows push you around. Aside from its rustic charm, Bridge House is also impressive because it is so much more than your average tourist attraction dining. This ain’t no chip truck, baby. Check out the menu here.

Look down but try not to get dizzy out on the Cliffwalk. Again, this third attraction is also located at Capilano. Get your heart racing as you follow the Cliffwalk trail along the edge of a cliff and out above the lush rain forest below. It’s scary but worth it! Want to know more about the full Capilano experience? Mariellen Ward at Breathe, Dream, Go wrote an excellent post about the park.

Get all romantical on a sunset stroll along the sea wall. Whether you love someone or just really love yourself (or both!) you can’t help but feel all warm and fuzzy as you watch the sun sink over the water.

Behave like a child as you explore the exhibits outside of Canada Place. Located along the water, Canada Place was originally the welcome mat to the world during Expo ’86. Now it’s… well, it’s the same thing, just minus the Expo. You’re encouraged to play and get hands-on with a variety of educational and fun Canadian displays as you stroll the boardwalk around the landmark sails.

Soar across the country on the Fly Over Canada adventure ride.

Canada’s answer to Disney Park’s “Soarin’”, “Fly Over Canada” is an adventure ride that makes you feel like you’re literally flying over the country’s best scenery. It costs about $20 and is absolutely worth it.

Feel patriotic as you stand next to the mighty Olympic cauldron. Wipe away that tear of pride before anyone can mock you for it. Contrary to popular belief, this is actually the Olympic cauldron. The torch was the flame that went into it.

Grab a cocktail and some noms at the Cactus Club Cafe’s waterfront location. Sit on the patio and continue to be impressed by the Olympic cauldron. Sure it’s a chain restaurant but we don’t have Cactus Club Cafe out east and besides, the Coal Harbour location is a great spot to enjoy a great beverage right in the heart of it all.

Get your hipster on and see Vancouver the best way possible: by bike. We chose to rent from Spokes at the corner of Denman and Georgia St. West and I miss my little Cruiser already.

Tour around Stanley Park perimeter and be humbled by how damn pretty everything is. I’M NOT WORTHY.

Dip your toes in the Pacific Ocean because why not? Frolic on the beach. If it’s warm enough, go for a swim. There are a few beaches around the perimeter of Stanley Park and they’re all lovely and waiting for you.

Jump on the Aquabus in False Creek. Pretend to be a pirate while you’re at it. Y’ARRR!

Feel like you’ve discovered a hidden gem as you wander and shop your way around historic Granville Island. In reality, everyone knows how awesome it is but it’s okay to just pretend that you’re the only one for a while. Shh, I won’t tell.

Find yourself wishing you had learned to sail as you enjoy lunch at Bridges and gaze longingly out at the wharf and the seafaring life you could have had. If the weather is nice, definitely sit on the patio. It’s a pricier kind of lunch but it’s a perfect waterfront dining experience.

Take a guided tour of Granville Island Brewery. Try all the beers (or at least the three that are included with the tour price). They make my favorite beer out there!

Realize you’re running late to meet friends and ride the Sky Train while nodding approvingly at how efficient it is. I’m sorry TTC but the SkyTrain has won me over!

Arrive at Yaletown Brewing Company right on time. Enjoy another beer. You earned it. Bottoms up, babies! Enjoy a bit of craft beer in this hip little neighborhood!

Although this clock has only been around since 1977 it has very quickly become a focal point in Vancouver, and certainly of the Gastown neighborhood. Claimed to be the world’s first steam-powered clock, the steam comes from underground pipes that supply heat to many of the buildings in downtown Vancouver. The clock whistles every 15 minutes and the whistle is a replica of that from a famous B.C. lake steamer the “Naramata”. While waiting for the whistle the interior workings of the clock can be observed through glass panels in the sides.

Get in on the farm-to-table movement with some classy comfort food at Tuc Craft Kitchen. Love the traditional grub and meal share program. Food prices are ridiculously good but that’s because this place is clearly trying to make its money back on the booze. My cocktail cost more than my entree! On top of having a great and tasty menu, Tuc also has a hella impressive bar.

23. Rogers Arena and BC Place

Get lost on your walk home and somehow wind up outside the Rogers Arena and BC Place. Take in the lights and make the most of your indiscretion. Homes of the Canucks and BC Lions & White Caps respectively. There are worse places to end up lost!

Finally, find your way back to familiar territory. Marvel at the Terry Fox Memorial along the way. Awesome accidental find. 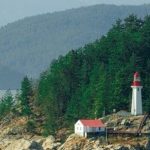 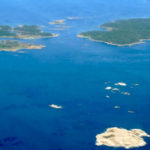 Things to do in the Gulf Islands, BC 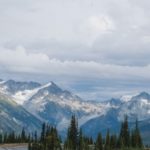 Things to do in Whistler, BC