At the Mob Museum, You can see it all – the good guys and the bad, the truth and the fiction, life, and death. The history of the mob is brought to life through displays, artifacts, theater, and location. From the “Wall of Mobsters” to individual exhibits that portray the criminal lives of famous mobsters, including Al Capone, Lucky Luciano, Bugsy Seigel, Meyer Lansky, and Whitey Bulger, the mob museum tells the life stories of many a famous gangster. The museum is not just a shrine for mob members, it promotes the heroic efforts of countless police officers who fought back against illegal mob activities. Five members of the gang that controlled the Northside of Chicago were lined up against the back wall of a garage and were killed along with two other individuals. Most people believe that they were killed by members of Al Capone’s rival South Side gang. This is only one of many interesting artifacts that are connected to mob history and the government’s battle against the control of crime syndicates around the country.

The Kefauver Committee was set up in the early 1950s to investigate the activities of mob organizations and their influence interstate commerce in this country. The investigations were thorough and complete. But after 14 hearings in various cities across the country, and interviewing hundreds of witnesses, including many mob members, the committee recommendations were somewhat limited. However, it did recommend that the justice department investigate 33 individuals suspected of being leaders in organized crime in the United States.

See also  Does it Rain in Las Vegas?

In Las Vegas, the committee interviewed only six people, gaining very little information. It was in the Federal Court House at 300 East Stewart Street where the interviews and hearing were held, and that every room now stands recreated as part of the Mob Museum.  Las Vegas in many ways was built upon the myth and the legend of the mob, as well as the cash and vision of the mobsters who helped to make the Las Vegas of today! 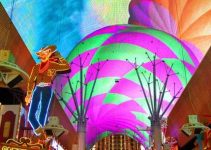