Elmwood Cemetery is located at 1200 Elmwood Street on Detroit’s near east side and serves as a sort of “who’s who” in Detroit history. It is the longest operating non-denominational cemetery in Michigan. It has been housing some of Detroit’s most important citizens since 1846 and was designated a State Historic Site in 1975. From outside it seems like many cemeteries, but once inside it claims a particular beauty and serenity that many cemeteries lack. It is more park then graveyard and the peaceful layout of rolling hills and water features were designed by Frederick Law Olmstead in 1890. You may recognize some of his work at places like Detroit’s own Belle Isle and New York’s central park. Elmwood is an ideal place for a bike ride or an evening stroll!

We cluelessly wandered around the grounds until a security guard noticing our very apparent lack of understanding took his time to point us in the right direction. He kindly led us to former Mayor Coleman A. Young’s gravesite and armed us with a map so we could actually locate some of Detroit’s prominent figures and take these pictures. There is an absolute tapestry of ornate gravestones and without a map in hand, it could be quite literally impossible to find a particular site. Detroit’s history is embodied in Elmwood. Here are eight of Detroit’s most influential people’s final resting places.

May 24, 1918 – November 29, 1997. Before any sort of political office, Young served as a bombardier and navigator in the famed Tuskegee Airmen during World War II. He became Detroit’s first African American mayor in 1974 and held office for 30 years. Love him or hate, this is where the former mayor rests for eternity. 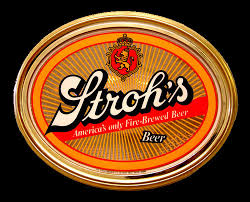 August 20, 1822-June 24 1882. After leaving Germany in 1848 he made his way by boat through New York and the Erie Canal to the docks of Detroit and decided he liked what he saw. He had a little bit of money leftover from a previous business deal and opened a small brewery. That famed “fire brewed” taste has been around Detroit in one way or another for more than 150 years. We enjoy his unique German pilsner regularly. October 9, 1782-June 17, 1866. Although born in New Hampshire, by time Cass found his way to the Elmwood he had become extremely influential in Michigan’s march toward statehood. A one-time military officer during the War of 1812 he worked his up to Governor of the Michigan Territory, Secretary of War under President Andrew Jackson, Secretary of State under President James Buchanan, and the ambassador to France. He died in Detroit, Michigan. October 7, 1912-July 12, 2001. She was born in St. Louis but her legacy lives in Detroit. You may recognize the name from the place you donate your old car, but Waddles was much more than that here in Detroit. She was an African-American activist, Pentecostal church minister, and founder of the Mother Waddles Perpetual Independent Church. Her work with the poor started in 1948 where she worked tirelessly to provide clothing, food, and basic needs for Detroit’s poor. Her gravesite was under repair when we found it, but that’s because someone cares.

July 4, 1816-January 12, 1899. An American grocer and distiller who moved to Detroit in the 1830s. He opened his own distillery in neighboring Windsor Canada that is still operating within view from Detroit. It is now producing Canadian Club Whiskey, a favorite of Detroiters drinking on the cheap. He was a philanthropist and a man responsible for helping grow the region.

September 20, 1918-March 7, 2002. By way of Alabama, Cleveland, and New York, Dr. Wright made his way to Detroit where he worked as emeritus attending physician at Harper-Grace Hospital, senior attending physician at Sinai Hospital, and served as assistant clinical professor of OB-GYN at Wayne State University Medical School. His true legacy lies in the museum he left behind. What started as the International Afro-American Museum eventually turned into the excellent Charles H. Wright Museum of African American History. Anyone who went to school in southeast Michigan has most likely spent time there.

September 9, 1930-January 29, 2000. Martha Jean “The Queen” was one of the first female disc jockeys in the United States and one of the most influential African American broadcasters of the ’60s and ’70s. During the tumultuous and eventual riotous late 1960’s she convinced WJLB, where she worked to suspend normal broadcasting and allow her to speak to the city and encourage people to calm down and stop rioting. She is accredited with being an incredible force in curbing further unrest. Listen here for yourself, her voice, her words are calming and still resonate today.

Feb 27, 1836-January 24, 1907. A self-made man who became a financier, lumber baron, and railroad owner. Alger found his way to politics and was the 20th Governor of Michigan, a US Senator and the Secretary of War under William McKinley. He served the state of Michigan in the Civil War. There is a memorial fountain dedicated to Alger in Grand Circus Park. He was instrumental in convincing The Packard Motor Car Company to move to Detroit from Ohio. You can’t win them all. Alger County is named after him and Alger Heights in Grand Rapids also bears his name. Elmwood is his home now. There were too many interesting people in Detroit history to find in one day. We encourage you to go explore Elmwood Cemetery yourself. It is beautiful, peaceful, and a jaunt through Detroit History. We also recommend one of the maps from the office, the internet is misleading on this one and will send you in circles. Sometimes the old way is the best way.